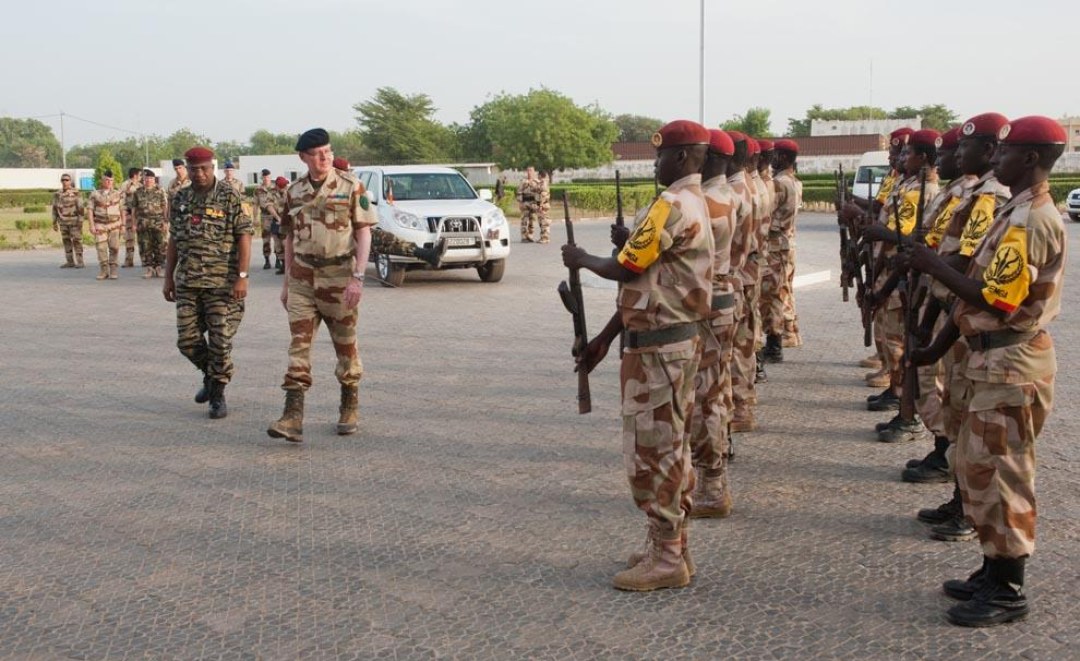 Mr Deby was a key ally in Nigeria’s decade-long fight against Boko Haram.

The death of President Idriss Deby may worsen the security situation in Chad and neighbouring countries like Nigeria, the federal government said on Thursday. The defence minister, Bashir Magashi, said this while addressing journalists at the State House in Abuja.

To prevent the escalation of insecurity, Nigeria will increase security deployment at its borders, particularly the one with Chad, Mr Magashi, a retired major-general, said.

According to him, “If there’s no security in Chad there will be a lot of trouble for all neighboring countries. But thankfully we have a lot of ongoing military cooperation, through the Multinational Joint Task Force (MJTF), which we expect to continue. We remain mindful of our borders and developments in Chad.

“When we heard of this unfortunate killing of the Chadian President, we knew that problem is bound to be replicated among neighbouring countries and Nigeria will be most hit by his absence. If there is insecurity in Chad, there will be a lot of problems. But thank God, we have a lot of military activities with the Chadian, Niger, Cameroon, we have all that military concern. So, in the name of that Multinational Joint Task Force (MJTF), all these countries, including Chad, are contributing countries for the operation. What we hope that very soon, we will find a secure way of the continuation of the activities we’re supposed to be doing. The problem is now going to be aggravated. Because we are not sure the direction in which that country is going to face. But I assure you that we are mindful of our borders, we are mindful of the development, and politically, the government is putting its head together to see how best they can restore the peace in that country.

“So security wise, we’re beefing up all borders to ensure that refugees did not flow into a country. Even Nigerians there, I’m sure some of them would like to come back. We have to be ready. Let’s prepare for them and not allow them to come in and use others to come because of the problems that they will create.

“The issue of weapons and armament. We are also afraid of that. Before now, Chad has been the one stopping most of these infiltration of weapons and the rest of it. Now, that is free for all right from Libya down to Nigeria. It’s very easy now because of the absence of the influence of Chad in that route. So we also have to take care of that. I think we are on top of the situation. All we are praying is that African countries will find a solution to the problem of Chad and get in a more corrective society as respected by international organisations.”

Mr Déby was a key ally of Nigeria in its decade-old fight against Boko Haram and other terror groups.

Chad is Nigeria’s neighbour to the North-east where the decade-long war against Boko Haram still poses more profound threats and Mr Déby’s passing could derail the limited successes achieved against the terror group.

President Buhari had said earlier that Mr Deby’s death would create a “big vacuum” in efforts to fight Boko Haram terrorists in the region.

Analysts have allayed fear that the death of Mr Déby could open a large vacuum in the fight against terror and could potentially open the lid for a bloody battle for political control of the oil-producing country that borders Nigeria.

“The bad guys everywhere on the continent are going to be emboldened thereby and seek maximum damage,” Femi Mimiko, a professor of political science told this newspaper Thursday. “Hardly the best of times for the Sahel in particular, and the African continent in general.”

“A complete takeover of Chad, Nigeria’s north-eastern neighbour, by insurgents, is scary to contemplate. Yet, something tells me this is not a scenario that should be completely ruled out,” he said

Chad’s new military leaders received backing from France Thursday despite protestations from the political opposition and some army officers as rebels geared up to resume an offensive on the capital.

A military council led by Mahamat Kaka took over power after Mr Deby was killed in battle with Libya-based rebels on Tuesday.

Rather than follow the constitutional provision that mandates the speaker of the parliament to hold office for 40 days in case of the death of the president, the army dissolved the Chadian parliament, suspended the constitution and imposed Mr Kaka as the interim president of the country for 18 months transition period.